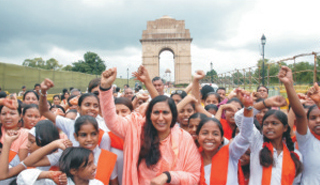 India is not only exposed to dangers from neighboring countries but also from the internal enemies in the form of corruption and such other evils. The present need is the elimination of evil that corrupts the system of the country. In order to protect the civilization of millions of Indians, Revered Didi Maa has been pushing a large scale public awareness movement bringing issues of immorality and injustice into the light. She is active through her lectures and discourses in spreading awareness towards eradicating social evils.

In the sequence of national awareness programs, Rashtra Raksha Sutra Bandhan Yatra is organized every year. We are secured thanks to vigilant forces present on the borders of our country. Our festivals and movements are intact only by the their careful watch and protection. Revered Didi Maa feels that the entire nation should stand by them in their pleasures and pain. To put into practice her idea, Param Shakti Peeth organizes a celebration of Rakhi with the soldiers on the remote borders of the country in the presence of sisters from various parts of the nation. This program has also been acclaimed by the President of India. 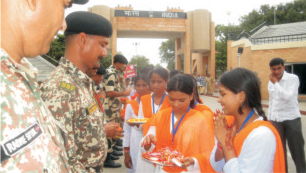 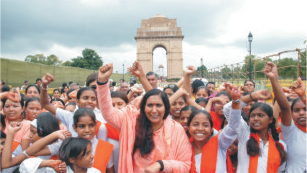 For the all-round development of girls, residential personality development camps are organized at Vatsalya Gram. Through lessons of collective existence, sports and self-defense their lives are significantly enriched. Girls from various states of India participate in these camps. 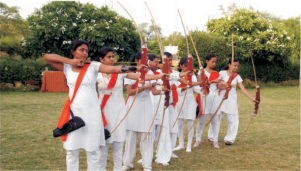 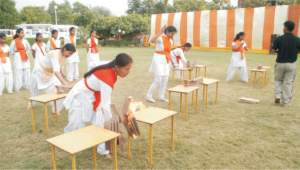